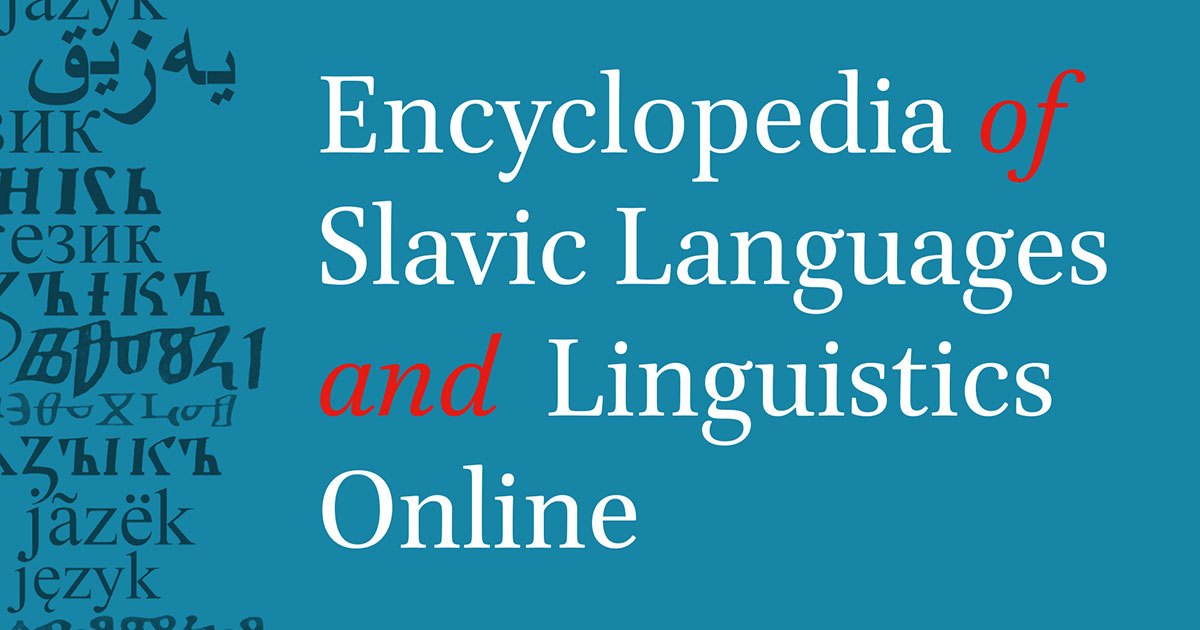 LAWRENCE – If there are dictionaries of the Slavic languages, why do we need the new Encyclopedia of Slavic Languages & Linguistics Online? 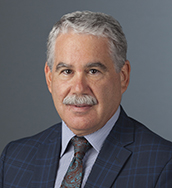 According to its editor-in-chief, Marc Greenberg, the encyclopedia goes far beyond defining the meaning and pronunciation of individual words.

“Encyclopedias tell you about the history, the context, the structure of languages,” said Greenberg, a University of Kansas professor and director of the School of Languages, Literatures & Cultures. “It's a branch of human interest about origins and the varieties of ways of communicating that humans have. ... We identify ourselves with languages, so it corresponds at a basic level to our sense of ourselves and how we belong to a community. If you speak my language, then you are part of my group, and if you don't speak it, you're part of another group. Language is the primary marker of that sense of relatedness.”

The Slavic encyclopedia is one of a series on various languages and language families (Turkic, Hebrew, Chinese, etc.) from Netherlands-based Brill, the world’s oldest publisher of books on language and linguistics. Greenberg and his associate editor have commissioned roughly 400 articles from fellow Slavists around the world. There are about 60 in the first batch published online this month. The collection will be rolled out in further sections over the next three years until it is available completely online. Then, plans are to make physical copies available for sale.

Greenberg said the first thing he did upon becoming editor was to sit down with a colleague who has since left the project and plan its scope.

“We sketched out a list of about 500 potential articles in a dozen or so thematic blocks,” Greenberg said. “We wanted sketches of modern languages of the Slavic group. We wanted overview articles on subgroups. We wanted political surveys – articles on languages and how they figure in the politics of nation building in the 19th century. We wanted an article on textual traditions – the medieval textology of Slavic languages. We wanted to look at when languages were first written and attested. The ninth-century A.D. is when we know that Slavic was first written down, largely to translate the New Testament into Slavic from the Greek originals. And those were handwritten translations done by monks and then copied over the centuries. We have attestations of early stages of these languages that give us evidence for how those languages must have sounded.”

The encyclopedia not only delves deeply into the past of the Slavic languages, but it looks to the future.

Stephen Dickey, KU professor of Slavic languages & literatures, served as associate editor and article author for the encyclopedia, and he says the scope of the Brill project is unparalleled.

Not only, Dickey said, does it delve into the important 19th-century history of the Slavic languages, but it also gets into “20th-century approaches like cultural linguistics or language contact.”

“Then it ends up with things that are very, very recent,” he said, “so that my KU colleague, Dr. Renee Perlmutter, has written an article on computer-mediated communication and Slavic languages. So I think it's really quite an impressive project, and it doesn't stick to a core of classic issues — although those are quite well-represented — but it goes beyond that to really try to capture the range of things that are relevant to Slavic and for which Slavic languages are relevant.”

Dickey’s first of three articles for the encyclopedia is on the “verbal aspect” in Slavic languages.

“It's the single most interesting thing to most people about Slavic languages,” Greenberg said. “In language, tense means time, so we have past tense, present tense or future tense. Everybody knows that. But aspect is a little bit more complicated. That's how you present an action in the formation of a verb and mentally. In English we have something like aspect where we say ‘I go’ or ‘I am going.’ The difference between those is ‘I go’ might mean ‘I go habitually’ or ‘I regularly go to the market.’ But ‘I am going’ means that right now I am in the process of going. Aspect is like stage setting. It creates an image in your mind of how that action is taking place. Slavic has much, much more encoding of this aspect stuff than English ever did or ever will.”

Dickey said that “it gets to be very, very complex” but argues that verbal aspect “is really the shared grammatical backbone of these languages, and it's still kind of poorly understood.”

“It gets more tricky because these are all constructs of the mind,” Dickey said. “If you and I both look at a bicycle, we see the same bicycle, whereas if we get to talking about who did what, and what kind of actions occurred and what they consisted of, that's incredibly subjective.”

It’s worth considering these linguistic notions, the authors say, when people from other regions consider how Slavs – and the biggest group of them is Russian speakers — view things.

“Time is a construct,” Dickey said. “You know, physicists can get their spectrographic data and prove that bodies move and time is passing, but that has nothing to do with the way we ... construct our mental models of time through our perception of change versus no change. Sometimes this is incidental to language structure, as it is in English. But this is core and central to the way Slavs structure their languages. Change versus no change is very, very important for the way they think and code what they say.”

Not only will the encyclopedia enhance our understanding of the largest group of language speakers in Europe, Dickey said it has relevance for all linguists.

“It will be of interest not only to people who happen to have an interest in the Slavs, per se, but for general linguists and people who are interested in topics we might call linguistic typology; just what is possible with human languages.”

Tweets by @ku_slavic
Department News
END_OF_DOCUMENT_TOKEN_TO_BE_REPLACED
Why KU Slavic?
Apply »
KU’s Center for Russian, East European and Eurasian Studies program is one of only 12 federally-funded national resource centers in the US
Only doctoral program in Slavic Languages and Literatures between the Mississippi and the West Coast
100% of graduate students in the Slavic program had funding in academic year 2012-13
KU's Libraries house over 500,000 volumes of Slavic books and electronic editions
Two of the department’s last four doctoral candidates have won a Fulbright grants to conduct dissertation research abroad