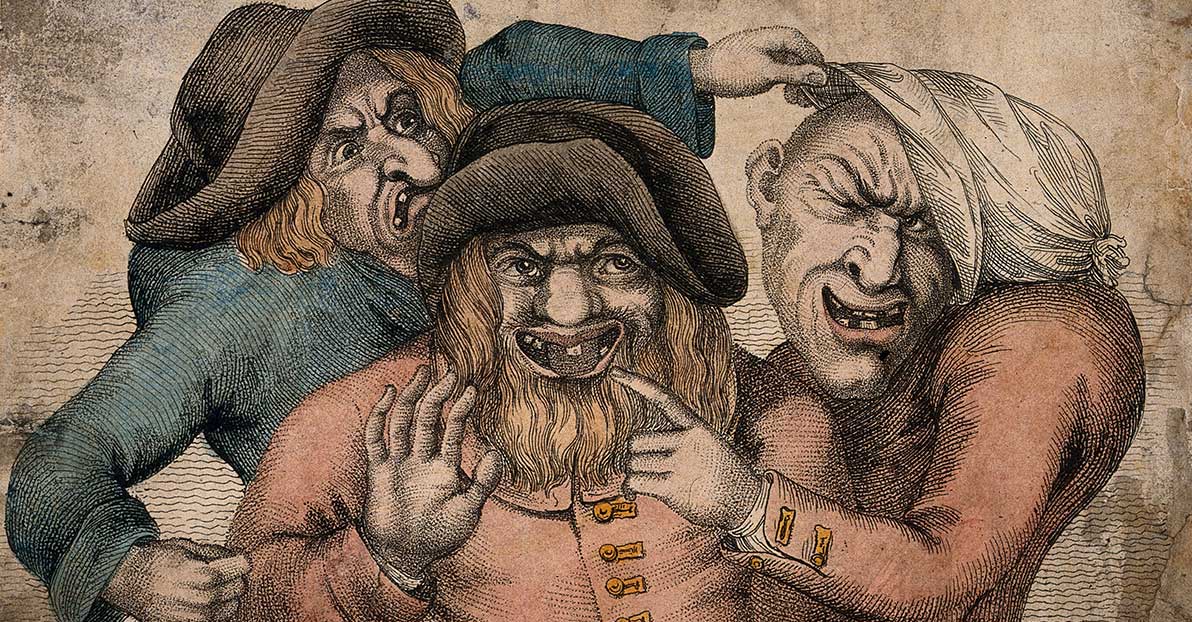 LAWRENCE — Historians agree that the failure of Tsar Alexander II’s Great Reforms of 1861-1874 put into motion events that set the stage for the Russian Revolution years later. Now a new book attempts to quantify the effect of this national, political and social disappointment on Russian literature. 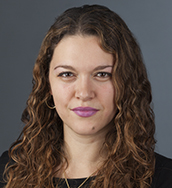 Ani Kokobobo, University of Kansas assistant professor of Slavic languages & literatures, has coined the term “grotesque realism” for some of the important novels of this period. It’s in the title of her new book, “Russian Grotesque Realism: The Great Reforms and the Gentry Decline” (2018, The Ohio State University Press).

In the book’s introduction, Kokobobo cites Mikhail Saltykov-Shchedrin’s allegorical chronicle, “The History of a Town” (1870), in which one of the characters, the governor of Foolsville (i.e., Russia), is depicted with his head detached from his body and a music box inserted in its place.

In this way, Kokobobo writes, “Saltykov-Shchedrin captured his disillusionment with Russia’s authoritarian leaders and the arbitrariness of their leadership.”

Kokobobo’s book deals with works by “the geniuses” of this period – Dostoyevsky’s “Brothers Karamazov” and “Demons” and Tolstoy’s “Anna Karenina” and “Resurrection.” But she said she also wanted to expand the book’s purview beyond them to address how they fit “within a larger trend” of grotesque realism. To that end, she also examines Ivan Goncharov’s “The Precipice,” Nikolai Leskov’s “Cathedral Folk” and Saltykov-Shchedrin’s “The Golovlyov Family.”

Kokobobo cautions modern readers to recall that even if they were ultimately unsuccessful, the dislocations caused by the Tsar’s Great Reforms – most notably the freeing of millions of serfs from slavery and the resultant decline of the aristocracy — were substantial.

“It’s like the American Civil War, only instead of having a war, the Tsar just did it,” she noted.

Kokobobo said she wanted to show the effect this social ferment had on Russian literature.

“There were all these groups — the populists, the nihilists — that were very much about destroying the establishment, and part of what I am saying is that the novel is doing something similar,” Kokobobo said. “It’s also railing against the establishment, just less overtly.”

Kokobobo said she has been thinking about this period in Russian literature for years.

“I was thinking, ‘Why did the Russian novel come to an end at the end of the 19th century, in a certain iteration, the great realist novel?’ I think in a way you have the writers filled with this anti-establishment sentiment that comes out in the form of the grotesque. You have these people who had been the protagonists for years who appear as deformed versions of themselves.”

Saltykov-Shchedrin’s mechanical-human hybrid is somewhat of an anomaly, Kokobobo said, because generally there is nothing supernatural going on with the characters in the books she writes about.

“Everything looks normal, but there is something off,” she said. “So it’s not supernatural or fantastic, just your day-to-day monstrosity. The things we do day to day that are … caricatures. …  A lot of it is on the psychological level. There’s always a rational explanation for it. You’re not going to get a monster, but it’s a type of monstrosity. It’s a type of psychological disassociation, numbing, obsessional materialism, some kind of disease of the soul. That’s how I define the psychological qualities of the grotesque.”

This period marks a change in tone from the important Russian novels that preceded it, Kokobobo argues.

“I always thought of the Russian novel as a place for the soul and soulful evolution, spiritual searches,” she said. “Actually, a lot of these characters are really damaged. They have no access to their soul. They’re degraded, materialistic, fixated on money, food, the body. They’re leading semi-animalistic lives. Or they’re just really detached, like they are wearing masks. They are not really emotionally, spiritually present. They go through their lives in an automaton-like manner, robotic.”

The faculty and students in the Department Slavic Languages and Literatures are deeply saddened that one our undergraduate majors, Reed Rankin, passed away last week (12/29) in Fredonia, Kansas. Reed was a beloved student in the department and is fondly remembered by his peers and professors. He began studying Russian as a Freshman and stayed with a challenging but rewarding language for three and a half years, tackling introductory, intermediate, advanced levels, and even continuing his studies into his senior year with Russian for the Professions. We know that he was planning further study in Moscow in the next academic year, prior to matriculation at KU School of Law.

A thoughtful student, Reed often contributed insight and posed challenging questions in class. ​​ Reed’s dedication to the study of Russian language, culture, and history was tremendous and fueled by infectious curiosity. He showed great acumen in translating from Russian into English, always finding English-language equivalents for Russian cultural concepts through skillful use of one-liners from American films. We also treasured his ability to speak in fluid Russian about rural, farm life in Kansas, and the effects that natural phenomena, like floods, on a farming community. He was a pleasure to know and teach, and will be remembered for his kind and polite demeanor. Our thoughts are with Reed’s family at this time

Tweets by @ku_slavic
Department News
END_OF_DOCUMENT_TOKEN_TO_BE_REPLACED
Why KU Slavic?
Apply »
KU’s Center for Russian, East European and Eurasian Studies program is one of only 12 federally-funded national resource centers in the US
Only doctoral program in Slavic Languages and Literatures between the Mississippi and the West Coast
100% of graduate students in the Slavic program had funding in academic year 2012-13
KU's Libraries house over 500,000 volumes of Slavic books and electronic editions
Two of the department’s last four doctoral candidates have won a Fulbright grants to conduct dissertation research abroad